Bridge is something essential in our daily traffics and decently designed bridge can also turn into a landmark. With the development of technology, some impossible bridges are built and functionality is not the only key in modern bridge design. Designer put more and more emphasis on the appearance and material. Moreover, for those built bridge, people are trying their best to give it a new looking. In this post, we will present you with 7 modern and unusual bridge designs collected from the world. Hope you enjoy.

The ?island? was created by the New York artist Vito Acconci. It has a sunbathing area, a trendy bar and a coffee house, plus it allows you to cross the Mur River from one shore to another. 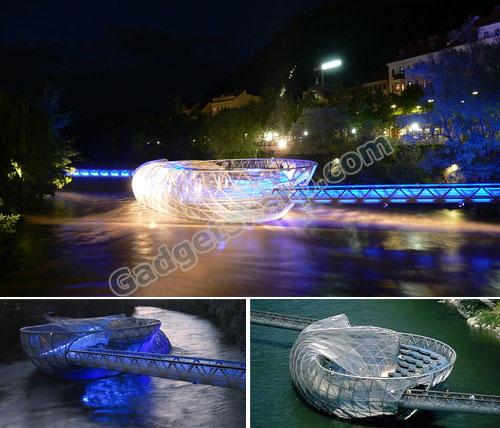 Just a twist of design, a splattering of paint, a cheeky addition to something old can make it look brightly cheerful and attractive to the eyes again. The Banpo Bridge which crosses over the Han River in the Seoul capital of Korea has been given new life with the addition of a very interesting fountain, that was specially designed to attract more tourists. Instead of remodeling this huge structure to fit it with the usual design of a fountain, even that has been give some change,with the fountain shooting water downwards instead of up. 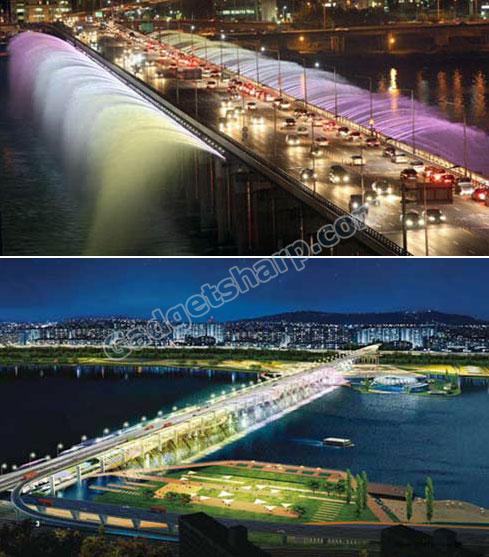 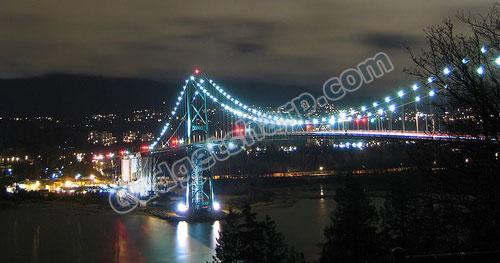 The bridge, at 32m in span, has twin steel arches which are inclined like butterfly wings to produce a feeling of containment on the deck and, simultaneously, an openness to the sky. The deck extends onto the landscaped banks at each end to engage with the open space around the bridge and enable step-free access, with longitudinal deck lighting concealed at kicker level within the parapets. The bridge is designed to create an inviting spectator platform and informal ?grandstand? during Bedford?s annual regatta. 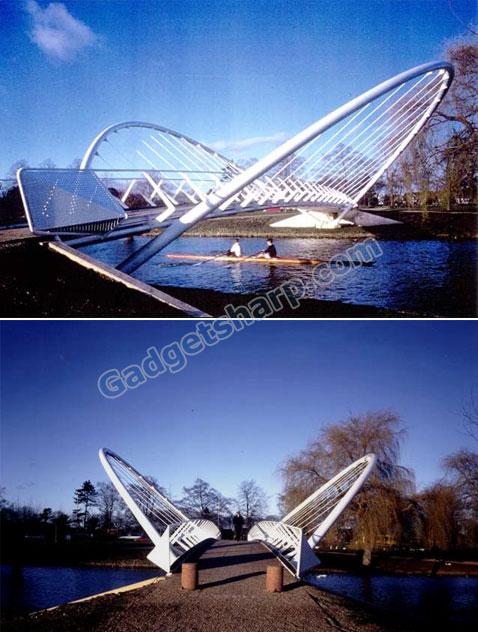 Broadway Bridge is an arch bridge that spans across the west and east banks of the South Saskatchewan River in Saskatoon, Saskatchewan, Canada. It was built in 1932 at the time of depression and was a project to help keep the many unemployed workers still working a bit. In my opinion this bridge itself is a work of art and is a must see if ever in the area. 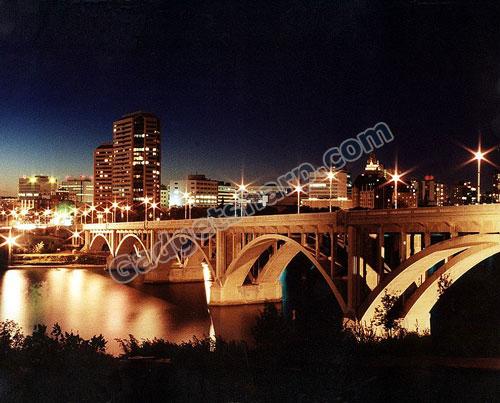 The Rolling Bridge, was created by Thomas Heatherwick. It is twelve meters long and opens every Friday at noon. Rather than a conventional opening bridge mechanism, consisting of a single rigid element that lifts to let boats pass, the Rolling Bridge gets out of the way by curling up until its two ends touch. 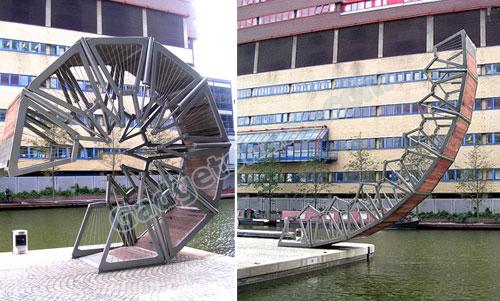 The bridge is essentially two graceful curves, one forming the deck and the other supporting it, spanning between two new islands running parallel to the quaysides. These pivot around their common springing points to allow shipping to pass beneath, using an innovative rotational movement similar to that of a slowly opening eyelid. The parabolic curves of the deck extend the 105m crossing distance to around 120m, giving enough extra length to provide the required clearance above the water. Visually elegant when static and in motion, the bridge offers a great spectacle during its opening operation ? both during the day and by night. 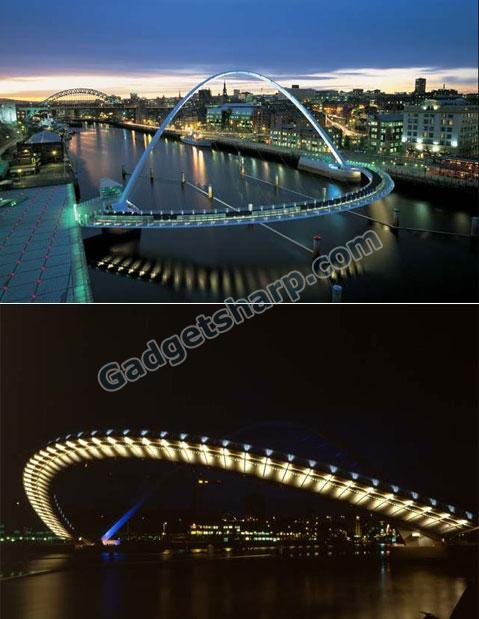