11 Cool and Playful Robot Toys for your Kids

What fascinates we humans so much about robots? From the R2D2 in the movie Star War, to the lovable Rosie the robot maid in the Jetson?s, robots continue to amuse and capture our imagination. Is it that we want to use them as beasts of burden, or as friendly companions? Whatever the reason, I?ve personally always had an interest in robots and robot toys. I always envy kids these days since they have so many options for awesome robot toys. In this post, I will present you with 11 Cool and Playful Robot Toys, which might be a great gift for your kids.

Teach your child or students how cool recycling can be. All you need is a recycled metal can, a screwdriver and batteries (not included.) Follow the instructions, build the robot and throw the switch. It’s alive ! lt wobbles and clatters around. Millions of metal drink cans are thrown away each day. Why not recycle one and make a fun robot at the same time ? 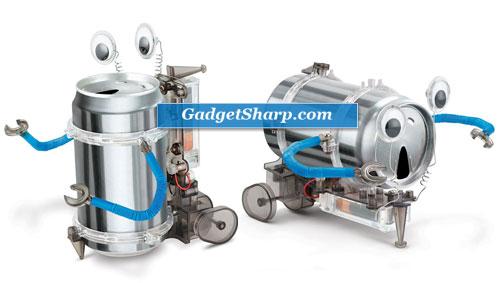 Mega Mech is the full-size robot of your dreams. When inflated he measures over a whopping 4.5 FT tall! His robot counterparts have no choice but to look up to the truly enormous Mega Mech. With easy to operate controls at your fingertips, Mega Mech obeys all your commands. Press the phrase button to make Mega Mech Talk! 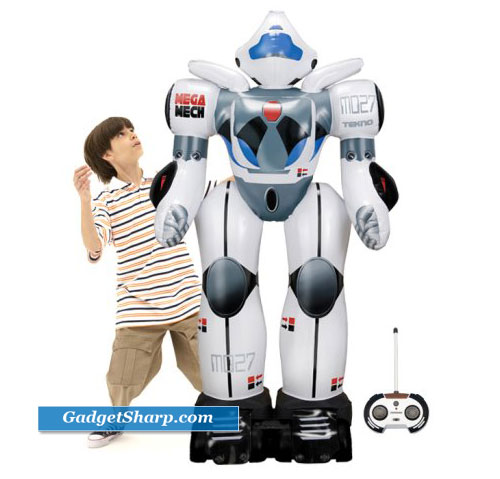 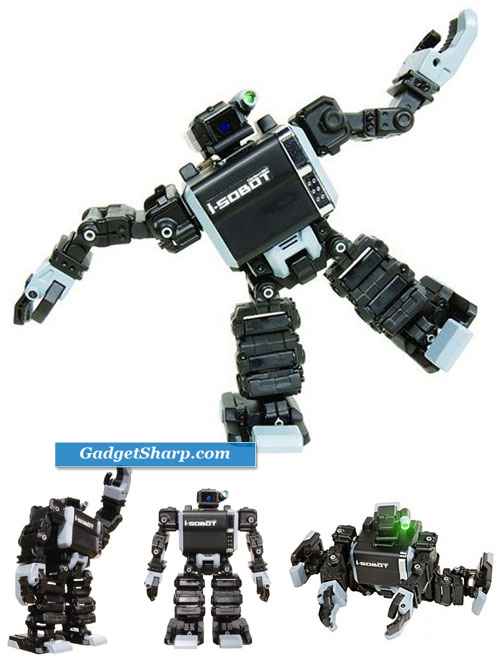 Robot six piece nesting doll with exciting graphics. Six Nesting Robots from outer space, looking for intelligent life on earth. Nest all together, or display all six. A traditional old toy re-invented for the 21st century. 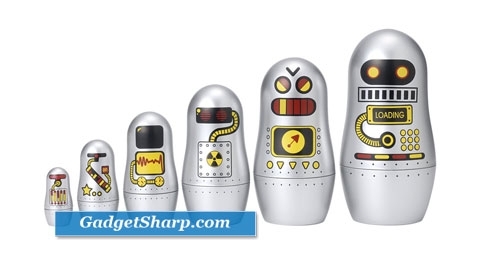 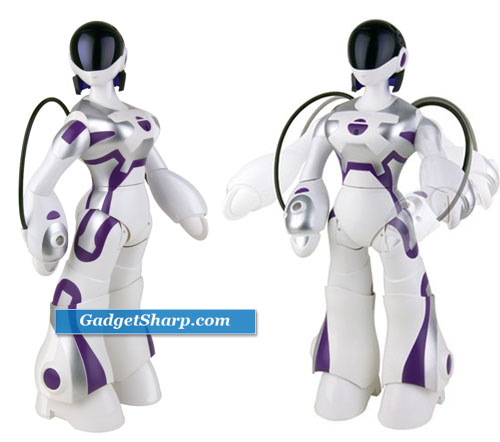 Tribot is one of the latest in the line of personal robots from WowWee. This innovative talking companion is more than just your average robot – Tribot is fresh off the robot assembly line and is ready to interact with you whether it is playing with his built-in games or telling you jokes. Remember though, he’s only a young robot so he will need help from you to give him commands using the remote controller. Requires eight “AA” and three “AAA” batteries, not included. Measures 9"L x 8.5"W x 15"H. 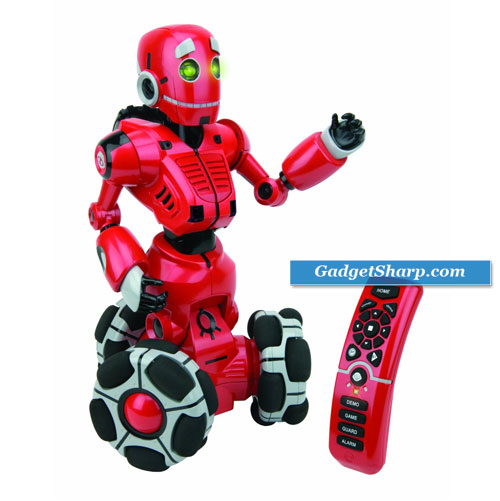 Welcome to the world of Zibits mini-r/c robots! Combining R/C with 12 collectable miniature robot designs, Zibits are getting ready to take the world by storm. Rapid development in the robotics industry has fueled Senario’s growth in the category, making advanced tech more attainable and cost effective. Possibilities are endless as we aim to provide consumers with an array of robotic products that span across multiple markets. 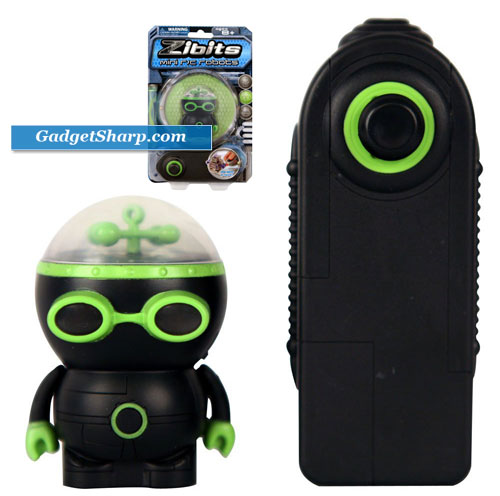 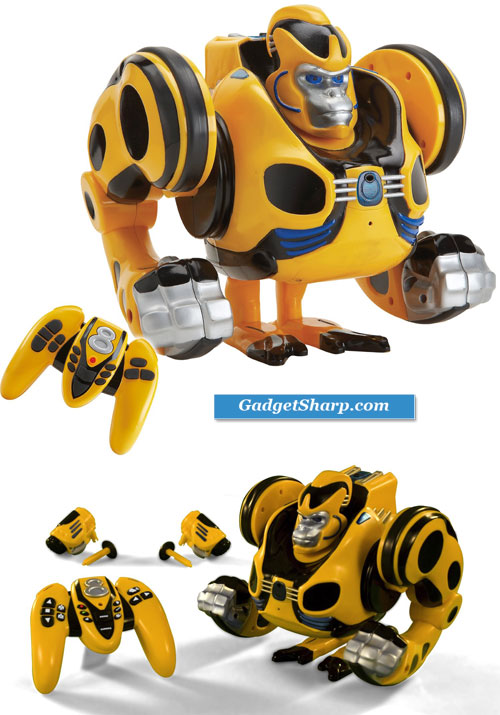 Construct your Robotic Arm into a bionic marvel, then command the gripper to open and close, twist at the wrist, rotate on its base or extend at the elbow to retrieve objects. Special features include a five switch wired controller, five motors, five joints and audible gear safety indicators to prevent potential gear damage during operation. Assembled size about 9 inches long x 6.3 inches wide x 15 inches high. Uses four D batteries, not included. 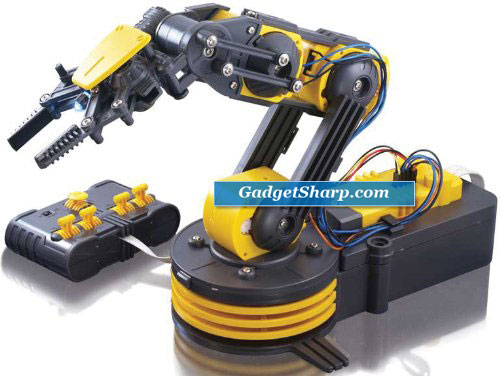 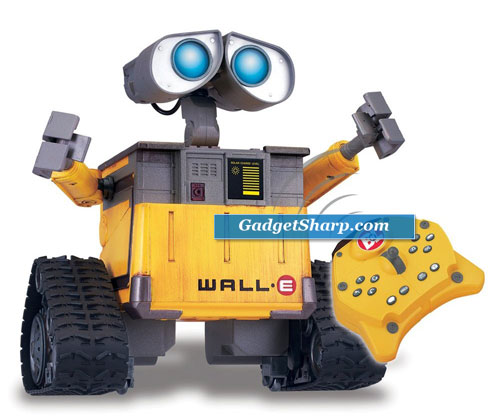 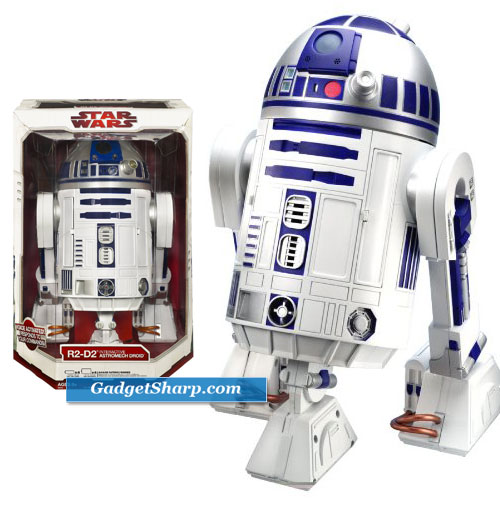