Creative design can increase the joy in life, and innovative design can create value. This sentence perfectly represented today’s topic - creative and useful electrical outlets/sockets. In this post, you will find those electrical outlets/sockets can not only simply your lift, such as Spinning Power Outlet and Recoiling Socket but also save your money, like Green/outlet and Switch Power Socket. 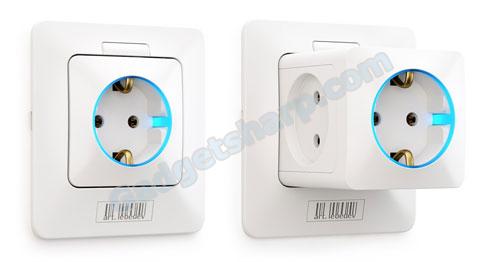 The cute outlet, you can rotate the socket face. The 360 Electrical Rotating Duplex Outlet($10). The sockets on this electrical outlet box turn all the way around, allowing you to attach an oversized plug to each. 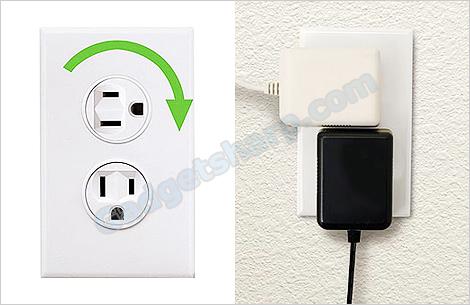 Instead of hiding your outlets behind furniture and worrying about the mess of wires tangled behind your entertainment center, consider making an entire wall that?s nothing but outlets. Then you can artfully plug in your appliances wherever the cords look pleasing to you.

Of course you don?t have to actually wire all the outlets on the whole wall for electricity, but you?d better come up with a good way to remember which ones are live. 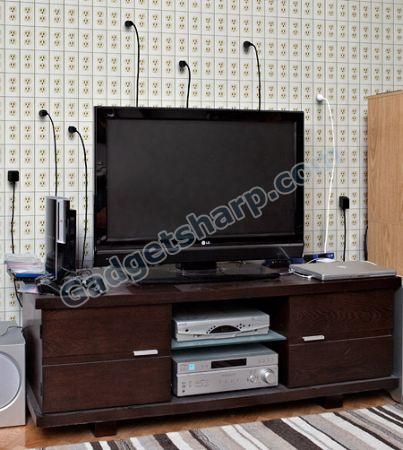 The Spinning Power Outlet is designed for places like hotels, libraries where people may bring a number of gadgets with a wrong type of power lead. It has three spinning plug sockets, each containing several types of sockets for various plugs. 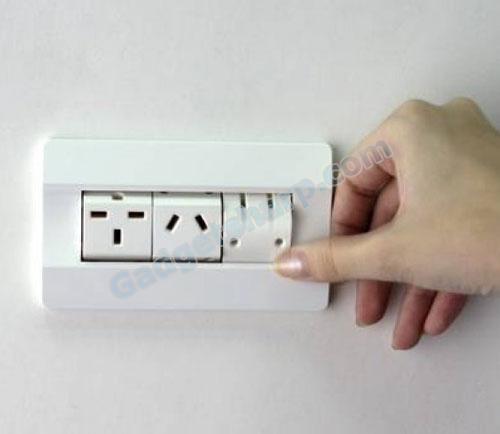 5. Green/outlet helps you cut down the power bill [link]

Green/outlet by US designer Toygar Targutay is a smart solution for all you eco friends. How? Statistics show that 75% of the electricity used to power home electronics in US goes waste for the reason that the gadget chargers remain plugged in even if they are not being charged. Besides shooting up the electric bill, it increases the carbon footprint. The Green/outlet works like a push-button switch and when the time which user had set is over, before connecting an electric device ejects the plug/charger physically from the outlet. Hey, that?s pretty cool, for the reason that it won?t make the users guilty and help minimizing the holes in the pockets. 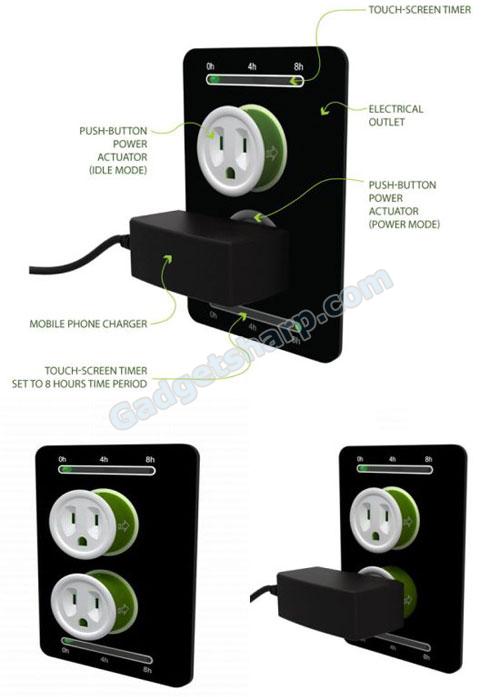 Managing power-cords is more of a hassle for folks with kids and those who like the wire-free look. Just how to manage those damn wires? With the elegant Power Bridge, of course! It eliminates the need to hide wires in order to make the room look neat or safe. This sturdy strip has the plug-slots beneath the bridge for better plug management. An indicative light on each plug outlet also displays the amount of power being used by that particular device, making you aware of the energy consumption. A refreshing approach for the wires-issue 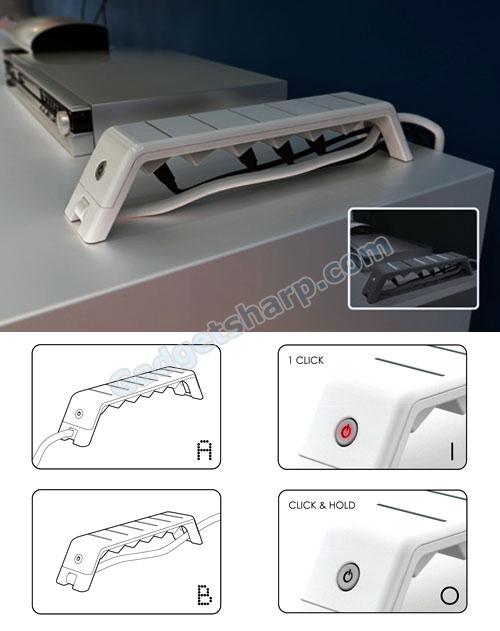 7. Recoiling Socket In The Wall [link]

1.5 meters cord that unfurls from a cavity behind its socket. When you don?t need extensions, it?s neatly tucked away. When you need it, simply pinch the sides and wind it out.

After the deed is done, you simply give the wire a gentle tug (activates a spring mechanism), and it recoils back into place. Ideal for using with electronics like vacuum cleaners, hair driers etc where you don?t need extension cords on a full-time basis.

Designer Yong-jin Kim is making it easier with ?Switch?. This power socket takes the form of a power button, represented by a power symbol. Rather than ?pulling the plug? to disconnect power, Switch has you turn the connected plug 45 degrees to the side. Switch capitalizes on the fact that standby power (electricity used by appliances connected to power but not in use) accounts for 11% of total household energy consumption. 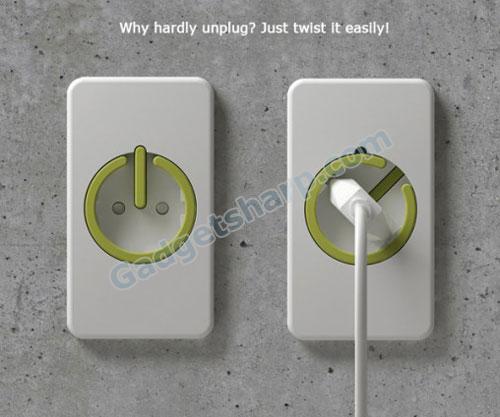